skip to main | skip to sidebar

How to make Apple Tree Weights to Train Your Apple Tree 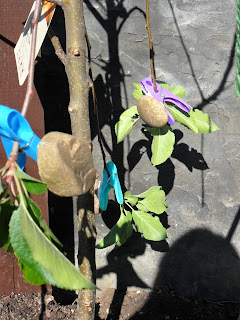 I recently bought a new apple tree for the garden. I have a modest sized garden and it wouldn’t have room for a large apple tree, and besides, my neighbour wouldn’t be very happy if I had a large tree blocking the sun light to their garden, so I have decided to bend the branches of my apple tree so that it grown downwards.

I saw this done to an apple tree on a gardening television program. Bending the apples trees branches over has a few benefits, the tree wont get taller, its fruit will be at picking height and I wont need to climb a ladder, but also the tree will bare more fruits that are of a better quality. Additionally you can keep a look out more readily for spoiling pests and diseases.

According to gardening experts, bending the branches of apple trees increases the yield of fruit because the apple tree then makes less foliage and instead produces more fruit. But also the fruits are of better quality because the tree is effectively upside down; more liquid inside the tree reaches the fruits.

It is suggested to train your apple tree, that you tie weights to young branches. The weights might be half a brick or a plastic bottle filled with water. I didn’t fancy the prospect of attaching such unsightly things to my beautiful new apple tree so I thought up an alternative solution, which would look less intrusive – Apple tree weight pebbles!

I simply took a lovely big pebble; I have a few in the garden that we had collected from the beach with the kids when they were little. They were perfect, large weighty, and had been selected for they pleasant appearance.

I glued the pebbles onto clothes pegs with ‘No Nails’ glue and I left them to dry over night.

The following morning I pegged the ‘apple tree weights’ to the ends of the branches below the foliage, applying one pebble weight to each branch. Sure enough they pulled the branches downwards and hung there pleasantly.

Not only do the pebble apple tree weights look astatically pleasing, but they are also kind to the tree. There are two holes in the jaws of the clothes peg, and one is smaller than the other. I was able to select a hole for each branch they wouldn’t be a pinch fit for the tree. Obviously if it were a snug fit on the tree, the branch wouldn’t have room to allow the branch to grow and widen. A tight fit would also hinder the movement of sap down the branch and affect my apple crop, which certainly isn’t desirable.

Another advantage of the pebble apple tree weights is that when a branch has been trained and stays in position without need of the weight, I can simply un-peg it, and peg it to another branch very simply and easily. 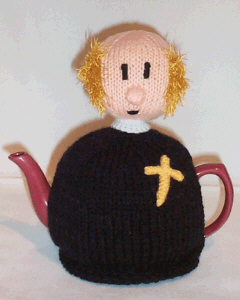 Search for Arts and crafts, tools, accessories, or anything...